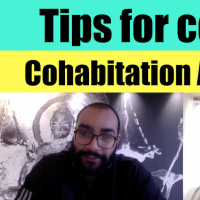 Cohabitation Agreement. Tips for couples: how to protect your finances when moving in with a partner 🏡

**CHECK OUT THE FULL TRANSCRIPT BELOW**

Here are some tips for couples who are looking to help protect their finances when moving in with a partner 🏡 There is a trend, especially amongst Millennials, with couples purchasing real estate together and living with one another as common-law spouses.

Often, when couples purchase a home together, they are contributing significantly different down payment amounts.

We all want our relationships to last forever. Unfortunately, a large percentage of relationships break down and many individuals wished they had proactively protected their finances and down payment contributions to avoid lengthy and expensive legal battles. One way to protect your finances as a common-law spouse is to retain a lawyer to help draft a Cohabitation Agreement.

Toronto based lawyer, Jazz Dhillon, answers key questions on this topic. Thank you for watching!

Below are the clickable timestamp links for the video:

00:32 - one trend especially amongst Millennials on living arrangements as couples

00:47 - common scenario of different contributions to the down payment

1:12 - cohabitation agreements can protect your down payment contribution

1:33 - what is a cohabitation agreement?

2:24 - possibility of a cohabitation agreement transferring into a prenuptial agreement

2:59 - can one spouse claim equalization if the relationship ends and there is no cohabitation agreement?

4:08 - do common-law spouses have the same statutory rights as married spouses?

5:11 - why it is advisable to get a cohabitation agreement

5:48 - the issues with verbal agreements or holographic agreements

6:41 - reasons why it is advisable to retain a lawyer to draft a cohabitation agreement

7:14 - what could happen if one party goes to court because they do not want to honour a holographic agreement

8:11 - how much money does it cost to draft a cohabitation agreement?

In today's video we're joined by Jazz. And Jazz is an experienced Toronto based lawyer with Kesarwani law office.

He specializes in family law, wills and estates, as well as real estate law.

Jazz: Thank you Karen. Great to be here today.

Karen: Awesome. Thank you for coming here. So Jazz, I know in this video we're here to share your legal Insight on one aspect of family law, which is cohabitation agreements.

Now, there is a trend especially amongst Millennials where couples who are not legally married to one another, they are purchasing a house or a condo together with plans to live in the home with one another. Now, it's quite often when a couple purchases a property together that they are contributing different amounts towards the down payment.

So for example, one individual may contribute a larger sum of money, they might put down $500,000 cash while their partner might only be able to contribute a much smaller amount towards the home purchase, maybe only $40,000 in cash.

So in cases where couples are contributing significantly different amounts of money towards a home purchase, they may want to consider protecting themselves financially in case the relationship, unfortunately, breaks down.

Jazz: yeah for sure Karen. Thank you for the question.

So cohabitation agreements are usually signed by common-law spouses. So typically they're not married spouses. But like you've mentioned, they've made the decision to live together. And in the scenario that you're talking about, where one party is contributing a greater amount towards the purchase price than the other, those types of situations can be drafted into a cohabitation agreement, where it deals with all the financial aspects of the relationship. So bank accounts, real estate, maybe one, their rights and responsibilities under the agreement and what's to happen, if the couples do end up separating.

Karen: I see, okay. So these are all really great points that you brought up. Now, because you specialize in family law, I'm sure you've had clients reach out to you in the unfortunate event that their relationship has ended. And I think at that point, most clients will probably want to know what their rights are and what they're entitled to. Now if a couple did not have a cohabitation agreement and their relationship breaks down, could one of the individuals make a claim for equal division so that they get half the equity of the property?

Jazz: yeah so this a good question. And with this question,  if the title is held by the two parties, the two common-law spouses, as joint tenants for example, what typically can happen is that one party can bring an application for partition and sale, so you can actually request that the property be sold and that is commonly done through the courts and applications.

If you don't do that and you don't have a cohab agreement, you're unlikely to get an equal division of the property. The common-law spouses don't have the same statutory rights as married spouses do, under the Family Law Act or the Divorce Act.

So their rights are actually restricted to a resulting or a constructive trust. And that's an application that's made to the courts of where they would have to prove that the relationship, you know, had equal contributing factors such as, you know, they had a pooling of resources, they had joint bank accounts, I was doing this, you were doing that,  and they can actually show that, so if they can prove that in a court application then you're still not going to get equal, the case law dictates that it's not supposed to be equal because that is supposed to be for married spouses only. But the court does make a discrimination as to what amount should be given to the other common-law spouse when you know, when the relationship breaks down. So I think it's advisable to get a cohabitation agreement so you don't actually have to go through the court process and bring those types of applications which can be lengthy, costly and cause a delay ultimately in the end.

Karen: You know, one of the key points I learnt from you is that common-law spouses are not treated the same as married couples when it comes to the court system. And as you mentioned, you know, couples who are legally married, they have property rights that protect them, you know, due to the Family Law Act. Whereas for common-law spouses, the Family Law Act does not cover them.

So I know sometimes when couples are purchasing a place together, instead of retaining a lawyer for a cohabitation agreement, they might have a verbal agreement or a holographic agreement that's written by the couple themselves outlining what would happen financially if the relationship were to end. So Jazz, could you let us know why it's really advisable to retain a lawyer for this cohabitation agreement?

Jazz: yeah so Karen, many people I'm sure, would enter into a verbal agreement and say "we agree that this is going to happen and that is going to happen", when it gets down to when a relationship actually breaks down, the verbal agreement really doesn't uphold anymore, you know, mindsets change, someone does get a lawyer, and then they go back and say "well no, I'm not going to honour that verbal agreement that we had." So a couple of reasons why you should get a lawyer when you're drafting a cohabitation agreement, is that firstly, you know all your rights and responsibilities under the agreement. Things are explained to you in a way that you may not know or may not know the definitions of some legal terminology if you're doing it on your own through a holographic agreement so it's important to just consult with a lawyer to really understand what the terminology and the wording is in the agreement, and how that impacts your rights and responsibilities under the agreement. The other major reason as to why you may want to get a lawyer to do this, is that because if you make an agreement at home,  and then the relationship breaks down, and if you have to go to court now because one party is not honouring that agreement, ultimately the judge could decide that because this was done at home and it's holographic, the agreement is thrown out, and then they may be asked to bring a resulting or constructive trust claim through a court application. So you want to make sure that it gets drafted and consulted and advised by a lawyer.

So Jazz, just for planning purposes, how much money should clients put aside in order to have a cohabitation agreement drafted?

Jazz: yeah so this is a common question as well. And typically, at my firm at least, our rates for cohabitation agreements, separation agreements, and marriage contracts range from $1,500 to $2,000. $1,500 being more on the simpler side. You may have a couple that's got a great relationship, don't have any issues and are not really concerned even if the relationship were to break down. They're content with a simple cohab agreement. You may have one on the $2,000 or even $2,500 range where it's a little bit more complex. So it's more detailed, there might be concerns as to how and what is to be divided. Certain things like that take a little bit more negotiation and takes a little bit more time. So for those more complex and detailed agreements, it's advisable to budget around $2,000 to $2,500. But for the simple cohabitation agreement, $1,500 plus HST would do it.

Karen: okay. Now that's good to know. This has been incredibly informative and helpful. Thank you very much Jazz for sharing your knowledge and experience with us.

Jazz: thank you Karen. Thank you for having me. And I look forward to making more videos with you guys and addressing that with your clients.

Karen: for sure. And for anyone who's watching, if you have any questions or needs regarding family law, wills and estates, or real estate law, please reach out to Jazz and his information will be put up on the screen here. Thanks so much again.